Kevin Guthrie works with the Burn once again in 2020.  Kevin has coached at various levels throughout the organization but now serves as the Burn's Director of Data Analytics.

Guthrie played for Coach Faulkner at Venice High School, serving as team captain and winning the Florida State Championship with the VHS 2012 team. Kevin went on to attend Brown University in the Ivy League where he played for four years as both a hitter and a pitcher for the Bears. He graduated from Brown in 2016 and took on a role in the Pittsburgh Pirates Player Development system. Kevin learned all aspects of the Pirates system including the implementation of data analysis which has become so important in today's game.

Kevin's knowledge of the new wave of relevant data metrics has proven to be a valuable asset for the Burn who's players now have access to train using a wide range of data collection devices such as Rapsodo, Diamond Kinetics, and more. Kevin is certified by Rapsodo, OnBase U, and has studied data professionally for the last four years.

Kevin is currently a coach in the Detroit Tigers system and welcomes the opportunity to learn from, mentor, and coach young players in order to help them achieve their on-field goals. 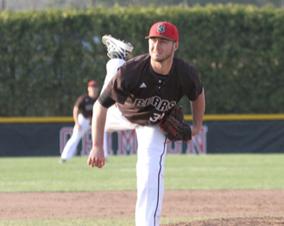