Starting on October 24th, the Florida Burn will be holding a series of tryouts for pitchers and catchers interested in joining our organization for the 2021 summer season. These tryouts will take place in various locations with the first two weekend workouts to be held in Fort Myers at the City of Palms Stadium on October 24 and 31, from 10 AM until 12 PM.

The Florida Burn would like to give any pitcher the opportunity to perform his tryout while he is closer to mid-season form. This early workout opportunity would take the place of our typical January date where all pitchers are just ramping up for their high school season. If you are currently in strong throwing shape and feel this opportunity would showcase your skills better than a January workout feel free to attend. All you have to do is fill out a player form on our tryout page and show up on the 24th or 31st at the City of Palms Stadium.

Other early tryout dates will be announced in different locations. The Florida Burn will hold its main tryouts in Sarasota County and Clearwater on January 9-10 and January 16-17. CLICK HERE to get to the registration page. All attendees must register to participate. 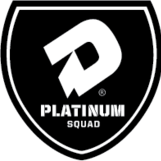 Welcome to the Home of the Florida Burn

Your next opportunity to become a Burn player:

All players need to attend one tryout day. Any player that is a "Pitcher Only" or a two-way player (pitches and plays a position) trying out in Sarasota/Venice/Clearwater/Tampa can throw their bullpen at the October 31 or January 17 tryout.

*Catchers attending the Jacksonville/Frederica tryout will perform both offensive and defensive workouts on the specific tryout date listed.

Details and costs for all tryouts can be found on the registration page by clicking on the tab in the home menu above.